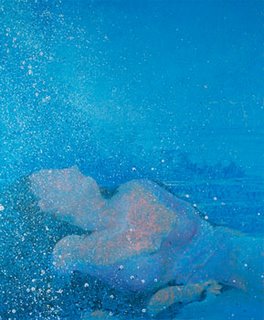 Excerpt from interview with Carol Queen

RE/SEARCH: You're a sexologist; can you discuss sex in a Pagan context--

CAROL QUEEN: Whether it's in a Pagan, Wiccan or sex-positive "alternative" context, people are hungry to hear sex spoken about positively. People don't want to be screwed up. People desire sexual comfort and joy; if their sex life is unsatisfactory, they aren't happy.

I'm deeply grounded in Pagan beliefs about who we are as humans and who we can be; I believe in the notion of divinity as a part of each one of us. People really want the message that sex can be a spiritually powerful and connective force. In this day and age, most sex is not about procreation--it's about connecting, and entering an altered state through sex. Even people who disdain anything "spiritual" desire that.

Women were always the ones who were supposed to say "No" to men; they were always supposed to be the upholders of the relationship. And now, a lot of people are looking to women leaders for better attitudes about sex. There has been a lot of discussion about male sexuality as problematic. I know that I was deeply entrenched in a feminism that didn't respect or care much where men were coming from sexually. Then I came to Paganism, with its image of the Goddess and the God uniting in equality--each bringing something equally important to the union. That actually kicked a lot of the sex-negative and male-phobic struts out from under me.

That's another appealing aspect of Paganism: it allows us to take our power seriously. If we're all expressions of Goddess and God, then we have to take ourselves a little more seriously in the world! Discovering Paganism was like discovering sex-positivity: "Click!--this is how I want the world to be! This explains things, and it doesn't explain them in a way that casts people as victims, with a negative, overarching understanding of who we are as people..." (continued)
Posted by Emerson Crossjostle