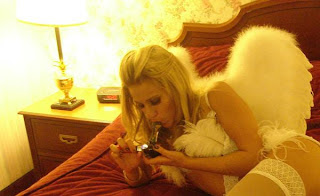 We've Got A Home To Go To
(and It's Called Paradise)

“We have reached the point in the cycle of evolution within the multiscreen cinema when a fantastic shift is taking place. The Third and Fourth Dimensions of consciousness are merging into the Fifth Dimension. It is like a ladder being pulled up until, eventually, the whole vortex/pyramid returns to Oneness. The structure which creates each of the dimensions is an energy “net” or “web” called a matrix. You might think of it as the steel structure of a building. The multiscreen cinema is a series of matrixes or energy grids interconnecting with each other. The whole “building” (vortex) is one matrix and so is each dimension, galaxy, solar system, universe, and planet within that overall structure. The human body is also a matrix and the energy lines of the body matrix provide the basis of the ancient healing art of acupuncture. Again, you could relate this matrix structure to those Russian dolls, one inside the other, with the biggest one encompassing all of them.

The matrix energy web sets the format and nature of each dimension, universe, galaxy, solar system and planet, and everything that exists within them. It is a gigantic thought form created by Oneness. It’s the movie screen, if you like. The matrix is the blueprint, the “computer” program, which creates and holds together this three-dimensional world and interconnects with all the other matrix levels. When a matrix changes, everything within it changes, and our matrix is changing…now! In fact they all are, on every level of the vortex and we are heading for a fantastic multidimensional galactic orgasm.”